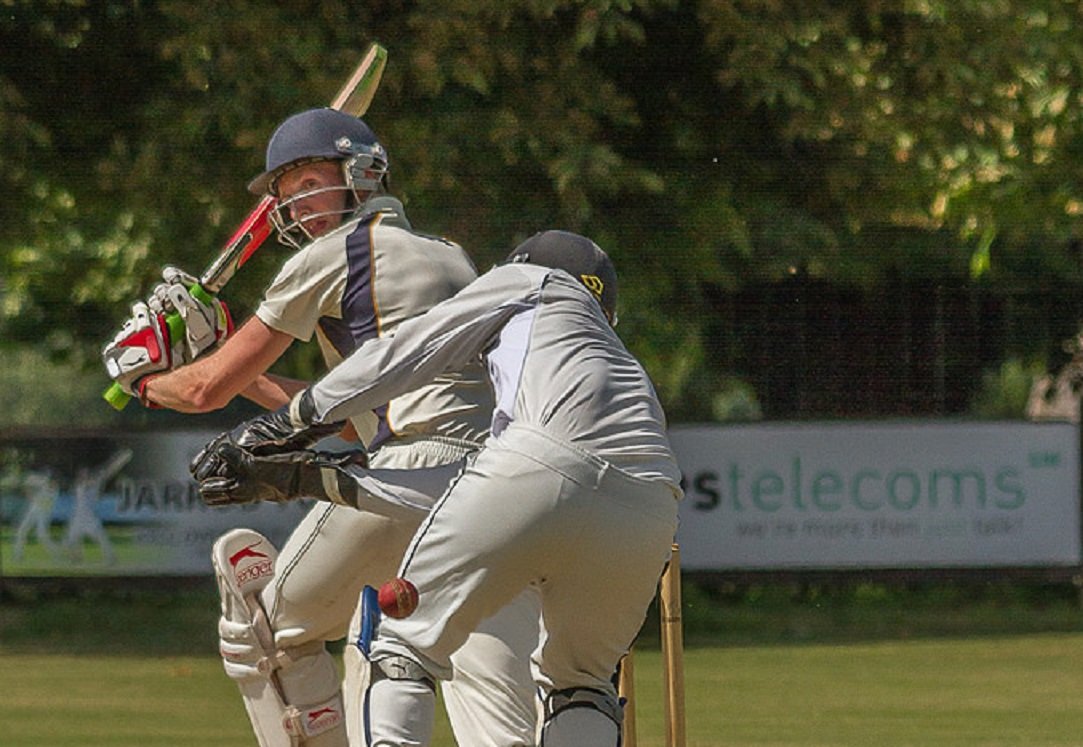 Century hero: Adam Sergeant on his way to his hundred PICTURE: MIKE JONES

Knebworth Park returned to form with the bat following two consecutive below-par batting performances but were thwarted by some stubborn batting from the Langleybury middle-order which denied them the 30 points that they were desperate for following two weeks without a win.

With the weather set fair, Park chose to bat first on a good wicket and got off to a quick start thanks to some crisp back-foot punches from opener Phil Simpson.

However, Simpson was the first wicket to fall for 19. He was quickly followed back to the pavilion by No.3 Parth Patel.

From here, Richard Leather and Adam Sergeant set about building a partnership with a patient approach and both reached their half centuries in the same over.

However, Leather then fell for exactly 50, miscuing an attempted sweep shot back to the bowler.

With the lunch break a few overs later Park were relatively happy with their position, having a solid foundation from which to push on.

On resuming, Sergeant became more fluent and punished any loose balls to accelerate rapidly from 50 to his hundred, which included 17 boundaries.

He had valuable support from both skipper Charlie Randall (26) and the returning Alex Richmond (20) before falling for an outstanding 110.

With this foundation, Park’s strong position was further reinforced by a powerful cameo from Shaun Robinson who hit 48 not out off 28 balls including three large sixes. Park ended on 295-8 from their 60 overs.

With Park requiring all ten Langleybury wickets to pick up 30 points, they were not helped by some poor fielding which saw opener Manzoor dropped twice in the first two overs off the bowling of James Leather and Tom Elliott.

Elliott picked up the first wicket in his first over trapping the left-handed Roe LBW.

Manzoor, riding his luck, struck a brisk 50, looking to hit anything pitched up over the offside field. However, he fell to the first ball of Patel’s spell via a leading edge to cover.

At this stage Langleybury seemed to take a more reserved approach only adding nine runs in the nine overs prior to the tea interval.

Oxley and Soulsby batted steadily, while Park were unable to capitalise on any half-chances offered.

At this stage, Langleybury decided that the draw was the best they could achieve and set about frustrating Park’s bowlers on a flat pitch.

Chapman and Simpson were able to pick up a further wicket apiece but Park could only reduce them to 228-7 by the end of their 56 overs, despite the best efforts of all the bowlers and some attacking fields.

In the end, Park will reflect on missed opportunities in the field which probably cost them the victory but it was a much-improved performance from the previous two weeks which should inspire increased confidence for upcoming matches.