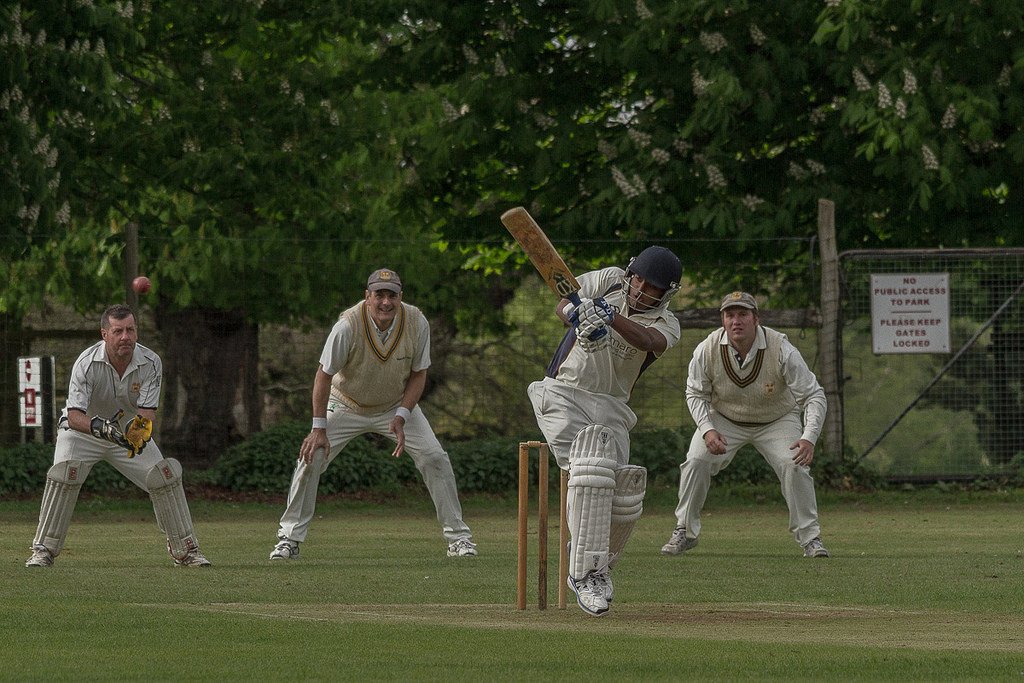 Following their victory against Chorleywood last week, Knebworth Park failed to make it back to back wins by slipping to an extremely disappointing defeat away at West Herts.

After putting the opposition in to bat and restricting them to just 150, Knebworth crumbled to 114 all out to hand West Herts 30 points.

Knebworth started well, with openers James Leather and Shaun Robinson keeping it tight up front and limiting the scoring opportunities of the West Herts’ batsmen.

Leather looked the more dangerous and, after seeing an inside edge flash just past the leg stump, found the outside edge and had the chance smartly taken by Robinson at first slip.

Robinson continued to apply the pressure at the other end and was finally rewarded with the wicket of the other opening batsmen, who he clean bowled.

At this point West Herts had made slow progress, reaching just 54/2 after 24 overs when lunch was taken.

After the interval Robinson continued where he left off and Parth Patel was introduced into the attack.

The No.4 batsman decided to counter attack and looked to move the home side’s innings into another gear.

Some well-timed shots down the ground off both Patel and Robinson saw him move into the 30s and looking like he could be a danger to the Park.

However, a Patel full toss proved to be his downfall, as he provided the bowler with a smart return catch. Patel was quick to learn from this and in the same over sent down another full toss which was this time punched straight to Luke Chapman at midwicket, leaving West Herts four wickets down.

At this point Knebworth started to turn the screw, as off-spinner Chapman joined Patel in tying up the batsmen. Chapman picked up his first wicket following some quick work behind the stumps from Benji Cowell, who whipped off the bails with the batsman out of his crease.

Patel, pictured above, picked up another couple of wickets, Chapman one more and Charlie Randall contributed a run-out, which saw West Herts finish on 150-9.

Knebworth were extremely happy with their first-half performance which they felt put them in with a very good chance of winning the match.

In reply, some poor shot selection cost Knebworth dear. Richard Leather was adjudged LBW for 5 before A small partnership between Phil Simpson and Parth Patel was quickly brought to an end following the introduction of spin, as both men fell in quick succession trying to clear mid-off.

Josh Roseberry and Adam Sergeant took the score up to 70-3 before Sergeant was struck on the back leg in front of the stumps. Roseberry was then given out stumped leaving the Park in a bit of trouble.

It continued to get worse for Knebworth as both Robinson and James Leather fell cheaply to poor shots and after Benji Cowell departed Luke Chapman offered a return catch to the West Herts skipper, leaving Charlie Randall to bat out the last few overs with number eleven Jason Timm.

Randall was looking untroubled by the opposition’s bowling, but with just more than one over left to bat out, the ball found the outside edge of Randall’s bat and the Park were bowled out for a sub-standard 114.

Knebworth were left to reflect on an unacceptable batting performance and will have to hold their hands up and accept that they were not good enough with the bat.

After such a strong bowling performance the Park were left rueing their inability to put together a complete performance and know that they will have to change their approach when batting second.