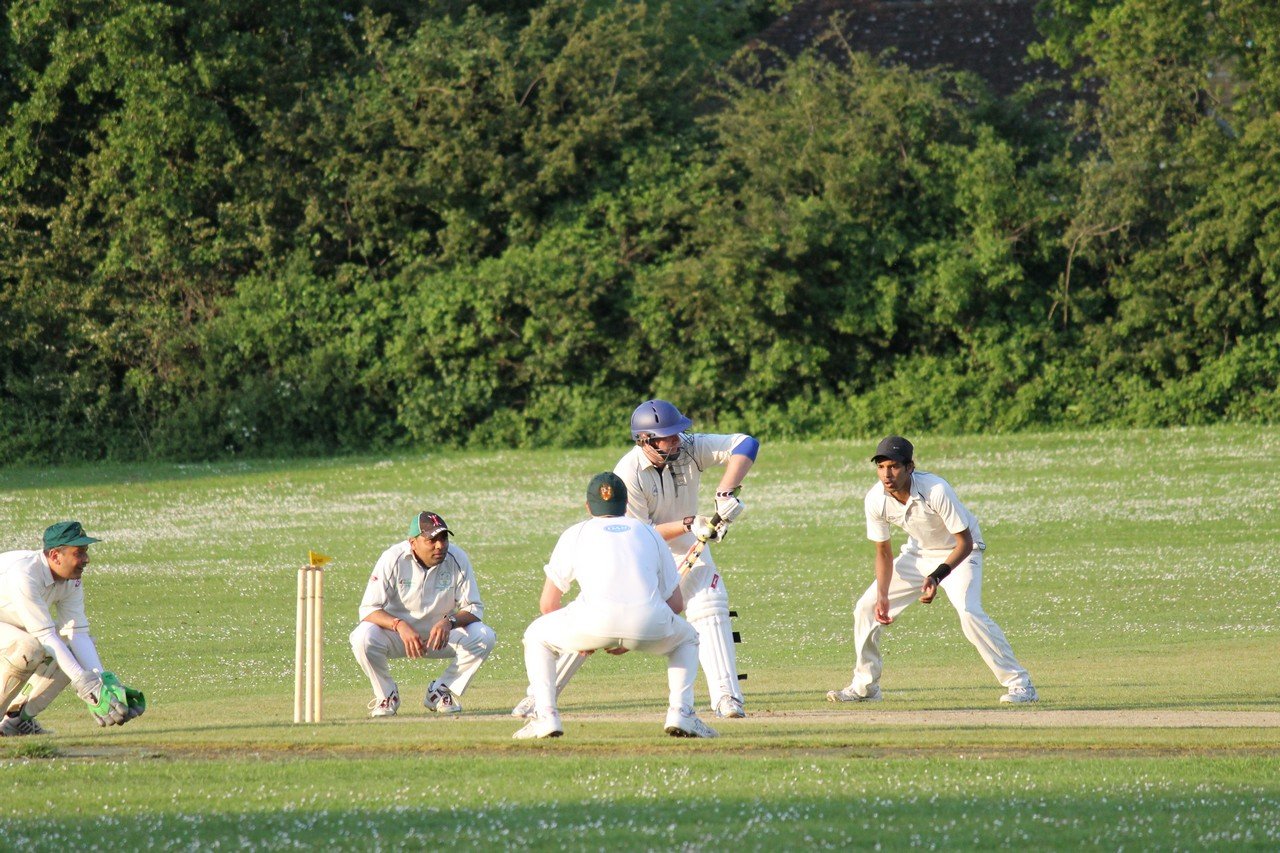 The Fifths held out for a draw against Baldock IIIs on Saturday with a hybrid side of Fifth and Sixth team players plus a guest appearance from Mark Taylor!

Losing the toss (again) and being asked the field on what was a firm and relatively dry pitch, the Fifths bowled well for no reward – Taylor being particularly unfortunate as he beat the outside edge plenty of times and had a couple of tough chances put down.

With the pitch offering little for the bowlers, the score kept accumulating until the innings was declared on 185-5 after 45 overs.

Mention should be made of Matt Inman keeping wicket for the Fifths for the first time and putting in a decent shift, as well as taking the catch for the first wicket – Jo Barnes and Tom Orchard also put in some decent overs towards the end of the innings.

In reply, Knebworth’s innings started solidly with James Wareham and Orchard opening in fairly untroubled style, the pitch still showing no signs of misbehaving until the Baldock opening bowler got one to move in and bowl Orchard through the gate.

Mo Farhat came and went, which brought Ian Murrill to the crease, with orders from the captain to just stay there and grind it out.

This is he did admirably and, while the scorecard shows he scored only three runs, the time taken up in seeing off the Baldock overs was more valuable than the runs.

This also allowed Wareham to bat sensibly and properly and he was looking set until he picked the only fielder on the leg side and was caught for 29.

After a brief cameo from Pete Hoskin, Matt Inman came to join Murrill and batted in advance of his years and experience, playing some excellent shots and defending doughtily.

Murrill’s vigil was ended when he was caught but, by this time there were just over ten overs left.

The rest of the innings teetered until last man Taylor came to join Barnes with four overs left to see out.

After surviving one big appeal for LBW, there were no further alarms and the Fifths held on for a dogged and determined draw.

All in all, there was very little good fortune for the bowlers and good discipline from the batsmen against a decent Baldock side and this was a result that all in the team should be proud of!