Charlie: We were all embarrassed 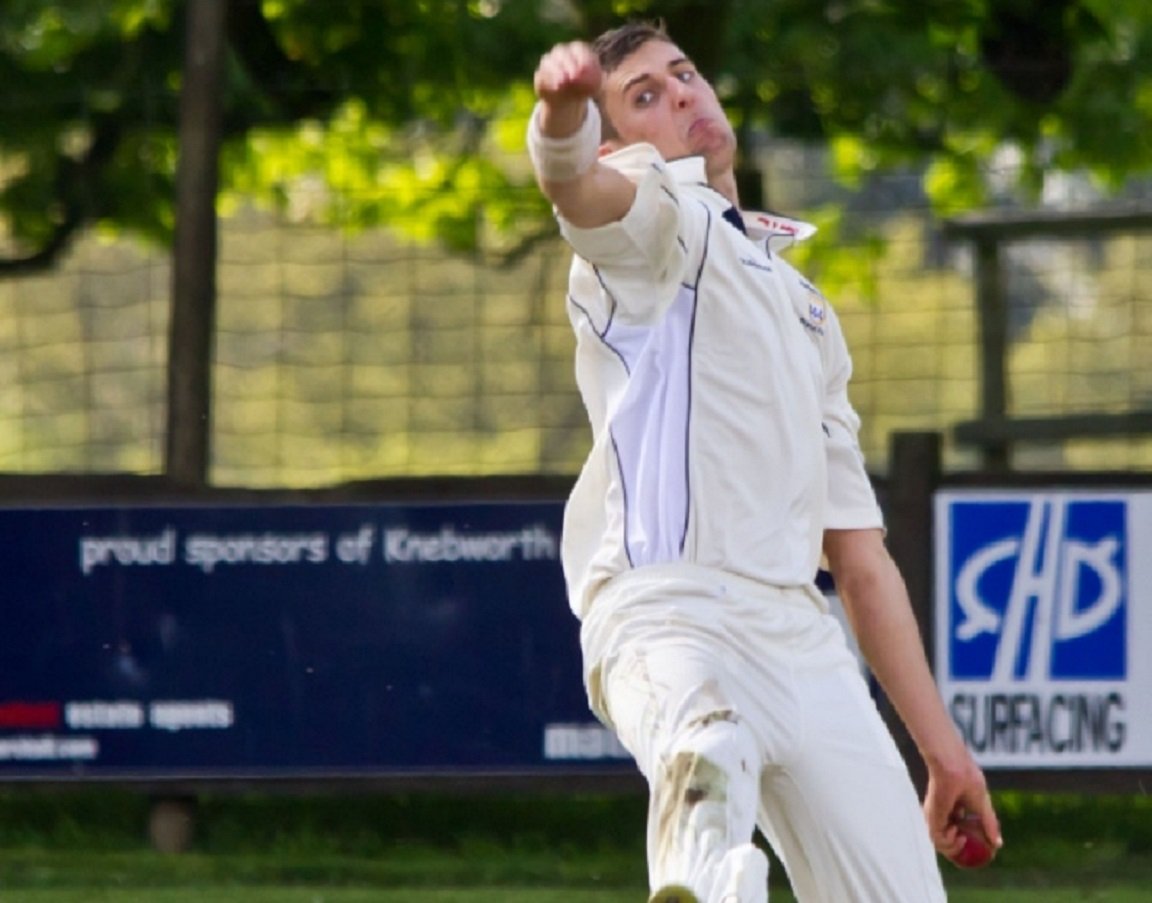 In his latest blog, First XI skipper Charlie Randall offers no excuses for Saturday’s First XI batting calamity and promises plenty of  hard work to make sure his side bounces back

With more rain on the cards for Saturday, we headed to West Herts’ ground in torrential rain. Yet, upon arrival, the rain stopped and within an hour-and-a-half we had the whites on.

We won the toss and elected to field and, hoping to cash in on any early movement with the new ball, we had another swap around with James Leather and Shaun Robinson opening up.

Both bowled well and, with James picking up the first wicket caught behind and then Robbo clean-bowling the other opener, we were well on top!

Going into lunch with the opposition on about 50-2 off 24 overs, we were pleased with our start, yet knew we had been caught out in recent weeks by letting the opposition get away from us.

This was not the case this week. A few lusty blows from their No.4 batsman did not effect us, Parth Patel and Robinson carried on their work and after four or five lucky breaks with the ball falling between fielders, we finally got the breakthrough.

Luke Chapman replaced Robinson after an 18-over spell and the two spinners continued the good work and both picking up regular wickets.

To dismiss the opposition for 150 was a good performance, which showed we had stuck at our jobs well, keeping pressure on the batsman and playing as a unit which is what we have spoken about in recent weeks.

Morale – and confidence – was high in the dressing room at the interval.

But what was to come was the complete opposite. A mixture of lack of concentration and a lot of very poor batting saw us collapse from 70-3 to 114 all out.

There was no excuse for such a poor performance from a team in which has so much quality. Poor shot selections at the wrong times and poor execution on what was a slow yet flat batting track which did not offer much to the bowlers brought about our downfall.

After discussion in the changing room after the game, everyone was pretty embarrassed about their performance. But we know what we have to work on in the week and every single player in that team, alongside coach Karun Jethi, will make sure that it is implemented in training to give us the best chance of bouncing back and maintaining impressive home form!

On a more positive note, it was pleasing to see a successful week for the second team, with skipper Sam McCrow’s five wickets, Ollie Pitts’ 44 runs and Jack Orchard’s two wickets the highlights of a first home win for them. Again, it shows what great talent we have in our young homegrown players.

We need to start putting together more wins as a club. Some teams are doing well one week and others the next week, which is not good enough, seeing as how much talent and depth we have in our club!

It looks like being a good week ahead weatherwise which gives us a great opportunity to train hard and prepare well for Saturday and Sunday.

Karun and I expect as many players as possible to make the effort to attend training this week and get in a good hard session to produce match-winning performances for their teams.