Ahh, nostalgia! But was it really better then? 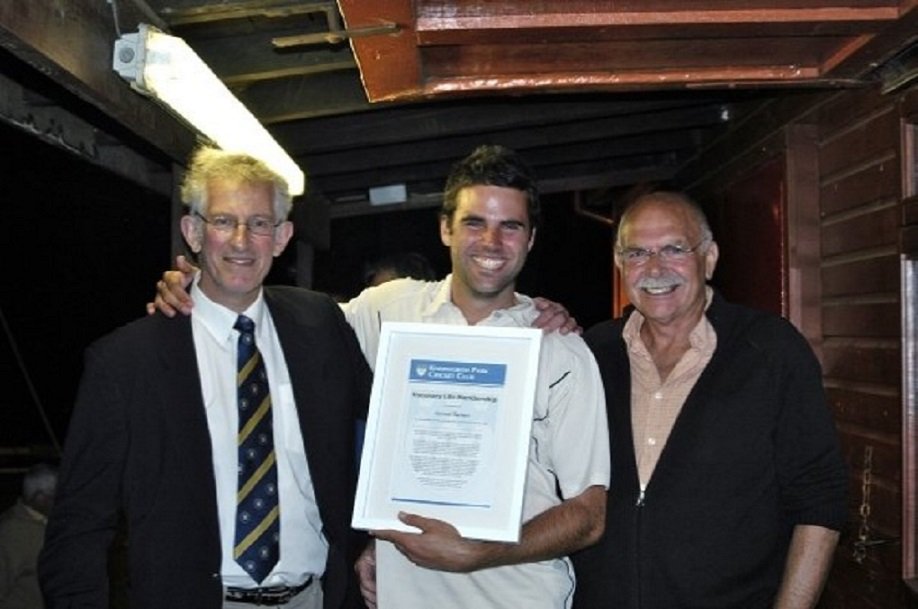 I remember the night as if it was yesterday, which is something of a rarity for a Saturday at the Park.

It was the last day of the first-team league season in 2009, the boys had just sealed the Saracens Herts League First Division title and been sprayed with Champagne.

It was also presentation night and Jarrod Turner’s last hurrah as our overseas player.

Aah, the memories of that night: Steve Gregory’s speech after being named first-team player of the year (“I have won trophies in every team at this club, I love you ….” Alan Hubbard sprinting across the pavilion verandah to grab the microphone as it became clear Gregors’ language was heading downwards fast); Mike McCrow, pictured above with Jarrod and Chris Johnson, in tears as he made a presentation to Jarrod; Jarrod in tears as he said farewell.

The club seemed fuller and happier than ever and it was clearly a high point in our history.

There is a photo board in the clubhouse of the first-team’s season and it makes interesting viewing. Have a butcher’s at the league table which goes

Now, have a think about where we all are five seasons on.

We are third in the Championship. Hoddesdon, Langleybury, Chorleywood and Totteridge/Millhillians are lower in the same division. Hitchin are in the middle of division one with Dunstable. Leverstock Green and St Margaretsbury are in division two and Berkhamsted are in some trouble towards the bottom of division four.

Then, have a look at our regular team then. Seven (Jarrod, Tony Skeggs, Paul Slade, Louis Champion, Tom Hemingway, Gregors and Rob Large), are no longer with the club; two (Sam McCrow and Al Richmond play in our second team now) and only two (Charlie Randall and Phil Simpson) are in our first team.

So, one way of looking at the last few years is that going through a major transition of players we have still done better than any of the sides we were playing against then.

And here we are with the first team sitting in third in the Championship and the question is how does it all compare? Is the standard better? Indeed, are we playing better cricket than we were ten years ago? Or 20?

Everyone will have their own answers to those. For what it’s worth, my impression is that overall there is less good cricket in Herts than there was a generation or two ago but that the top three clubs are better than ever.

And the point of all this rambling through history, apart from to jog the memory about a fun night?

Well, perhaps we need to remind ourselves every now and again that we have quite a lot to celebrate about the work that goes on at the Park and not beat ourselves up quite as much as I hear us doing.

I look forward to doing it. In good company