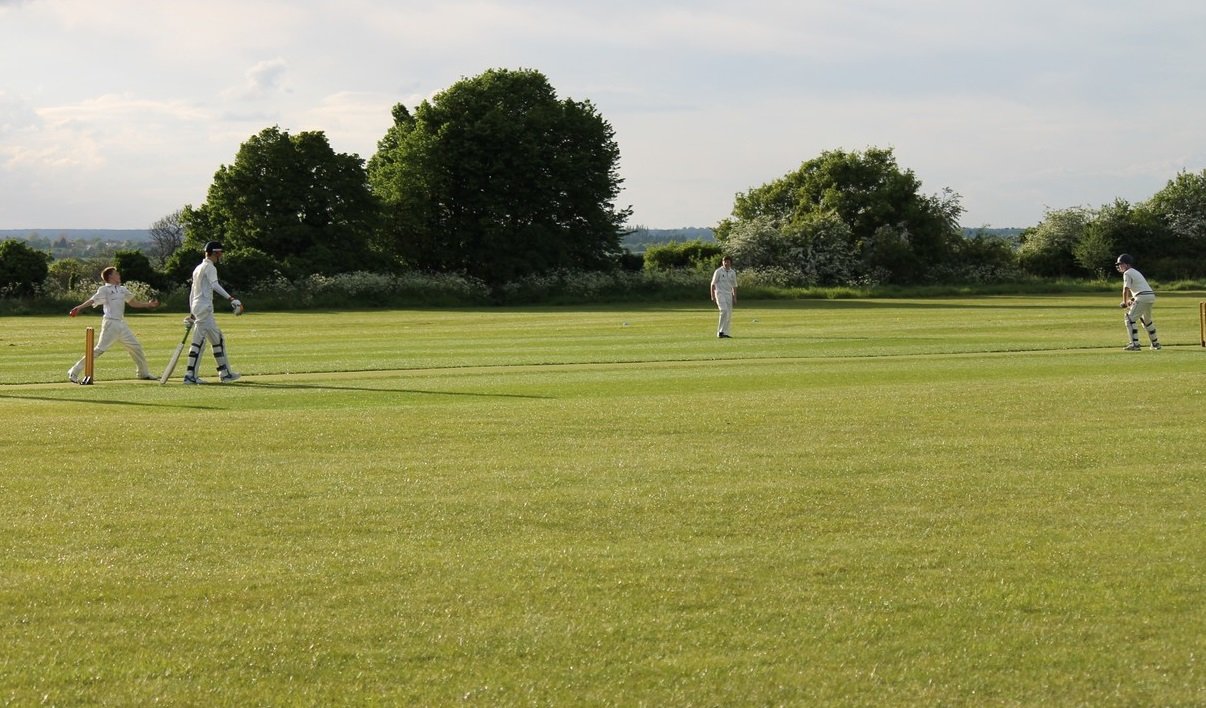 A powerful batting performance followed by a fine display of tight bowling and eager fielding saw the under-13s complete a comfortable victory over Hitchin on Tuesday.

Kyle won the toss and elected to bat on a slightly damp pitch at Hitchin’s Lucas Lane ground.

Along with Henry W – who smashed an entertaining, rapid fire 30 (retired) including two sixes and four fours – the pair of them quickly accumulated 57 runs inside six overs before Kyle was first to fall, caught on the square leg boundary attempting his third six of the evening’s proceedings.

Sadly, Will and Max couldn’t carry the momentum forward but that was entertainingly re-established by a great partnership between Jonny and Henry G, the former also retiring with six fours to his credit. Some great calling and running brought us to the close on 123-5 after a reduced 18 overs.

Hitchin struggled from the off. Debutants Ewan and Ollie opened the attack with good line and length from both ends, the latter being rewarded with his debut wicket at the end of his second over, a wicket maiden no less.

Ewan was very close on a couple of occasions but couldn’t secure his just rewards this time.

Will and Daniel were first change, the latter cleanly bowling the remaining opening bat with his sixth delivery, followed by an over from Max.

By this time, sadly, the failing light was becoming significant so the remaining overs were all delivered with slow spin. Hitchin closed on 85-6 after 18.

Well done to Ted for a great effort with the gloves – not easy at all in the failing light; and well done to Jake for a great fielding effort, not least because he’d been competing in the pool just before the match and so was just a little peckish. Luckily, the coach had some emergency cookies to hand.

All in all, excellent batting and an extremely polished performance in the field – both bowling and fielding – made this game a joy to watch. Well done everyone, it really was a great team performance.