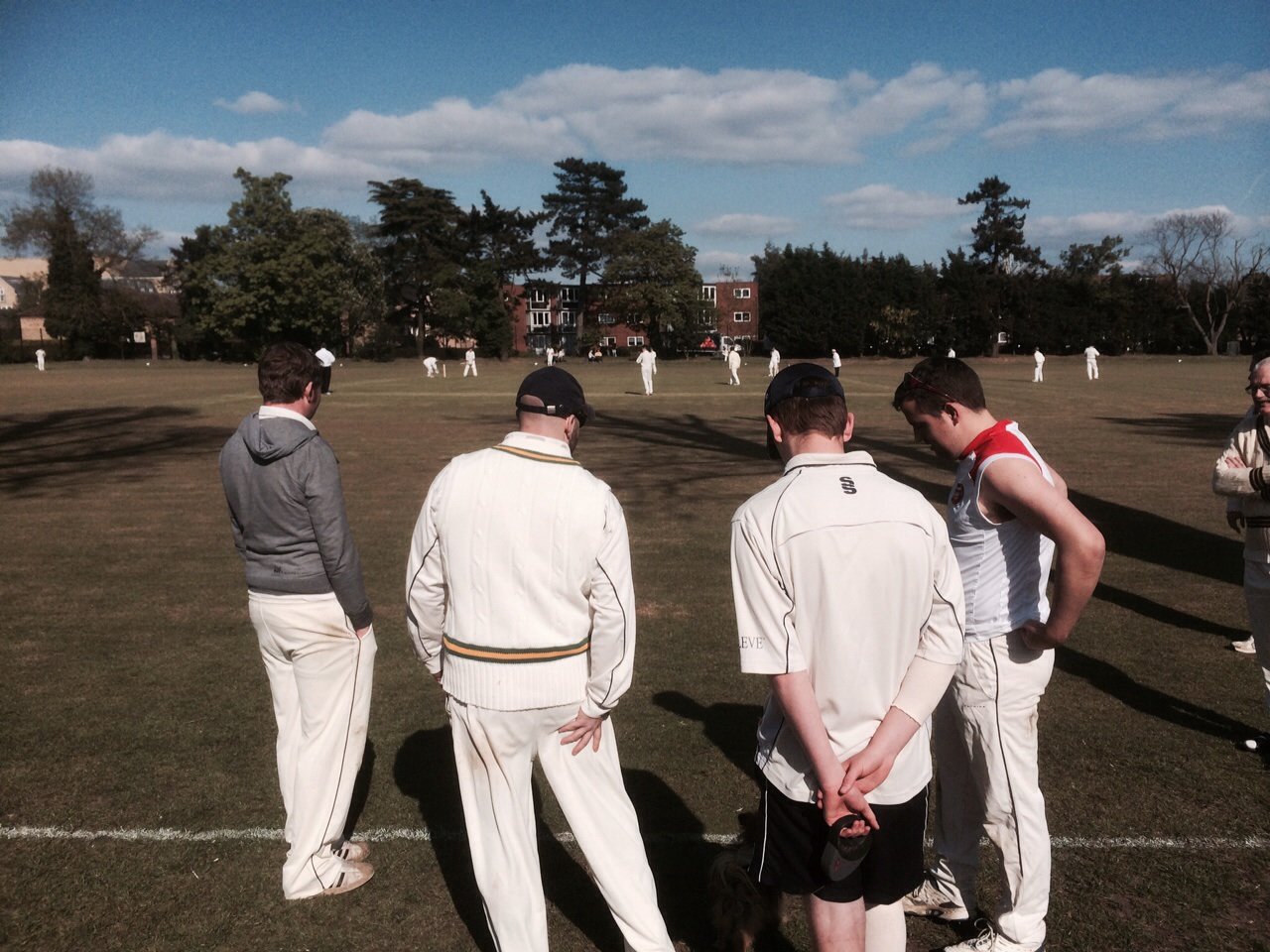 You know the league season has begun; Graham Fisher has wheeled away for 20 miserly overs, his team has controlled most of the game… and then lost by batting like lemons.

Another frustrating opening day saw the Thirds spurn an easy victory against very modest opposition, rather than stamping their authority on the game.

Set just 141 to win at Hoddesdon IIs, they were away to a flier before getting into a tangle against one of the weakest bowling attacks they will encounter this year.

They finished 17 runs short, the game ending in a strange run out that just about summed up a very muddled performance.

The signs were promising for much of a sunny if cool day at Hoddesdon’s compact ground where the wicket usually produces a hatful of runs.

Put into bat, the home side’s progress was never fluent although it took a ripper of a delivery from Jack Thorn to end a stubborn opening partnership.

Sean Carmody produced a fine 14-over spell of controlled seam and deserved more than the one wicket he took.

As ever, skipper Fisher, despite having been in hospital last weekend with an elbow infection, bowled superbly on a sticky track with plenty of slow turn and bounce. He ended with 4-33, ably supported by teenage spinner Robert Morley, who claimed two wickets.

Hoddesdon were grateful to their experienced No.3. Nick Gandon, who batted through more than 40 overs for a skilful 77 not out. They were rocking at 97-8 before being joined by another veteran, Aidan McElligott and some smart hitting in the last few overs got the score up to something that looked challenging.

In reply, openers Bret Painter and Tom Hills feasted on some dross from Hoddesdon’s opening bowler, although the steady McElligott proved a more testing proposition.

The door was opened on 37 when Painter was adjudged LBW and the home side chipped away as none of the Park batsmen ever really got on top of the attack.

Top scorer was Hills with a fluent 37, Steve Holmes (20) looked in good touch, while Ian Woods (16) and Carmody (14) made useful contributions.

But somehow the wickets kept falling and the game ended when Fisher and keeper Andy Holmes got in a muddle on a second run and Holmes was adjudged run out by a direct hit.