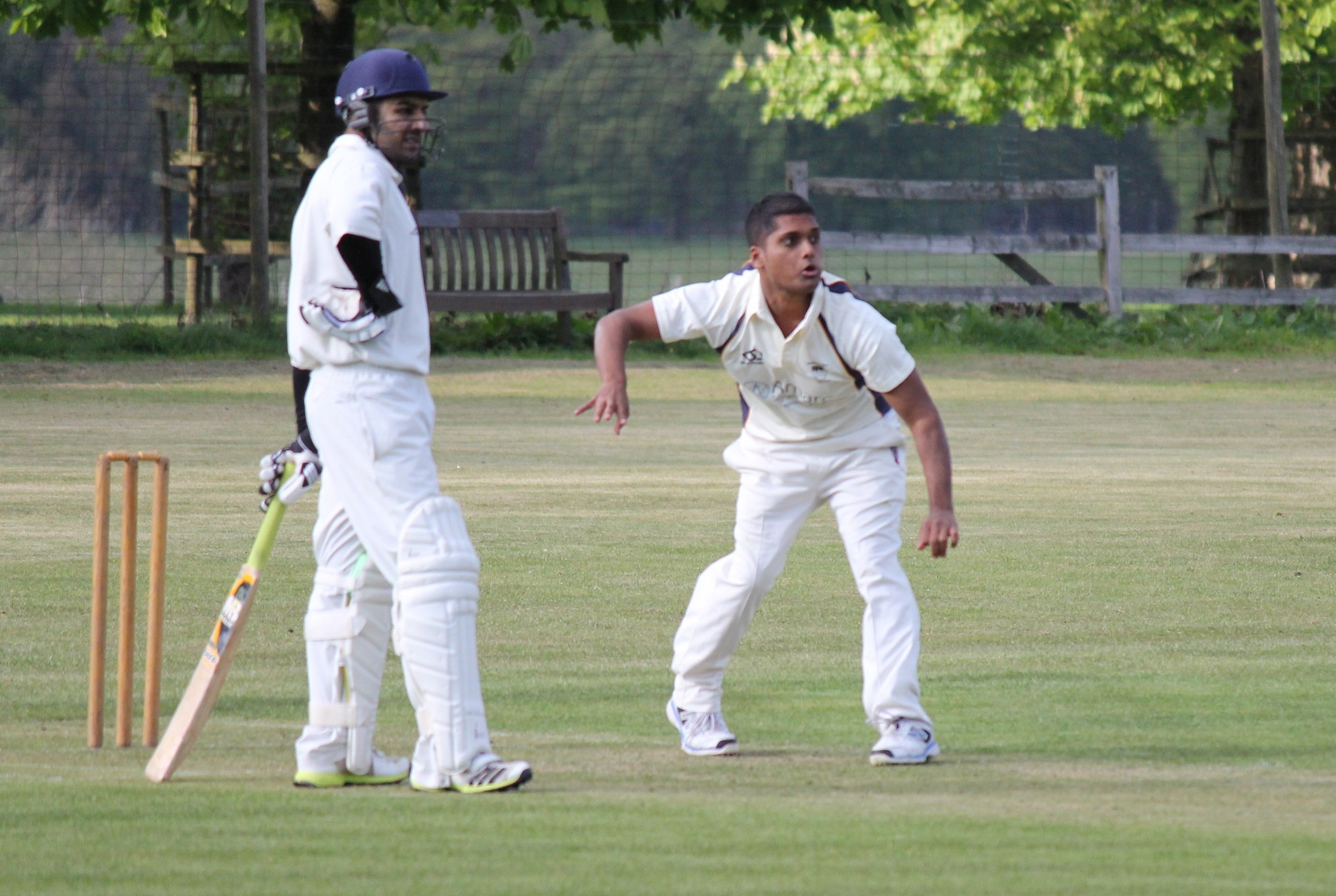 The Sunday XI had a 24-run win over The Stage.

Parth Patel, pictured above, scored 57 and Richard Leather 39 to set the Park on their way, with under-14 Archie Stephens rounding off his excellent week with a useful 23. Then a flurry of wickets saw them slip from 141 for 3 to 154 for 7.

Kathy Morley (ten) and Ross Courtney then boosted the score to 188 all out which proved a tough total to chase.

Richard Leather (0 for 7) and Courtney (1 for 4) kept the total down to 13 off the first ten overs but the visitors then stepped up the run rate and lost wickets in the chase for victory.

In total eight bowlers were used, the most successful being Rob Morley who took 2 for 31 thanks to two good catches from James Leather, before Nick ‘Hero of the Week’ English took 1 for 4 in the last over, proving to skipper Eddie Large that perhaps he should have been called into action sooner.