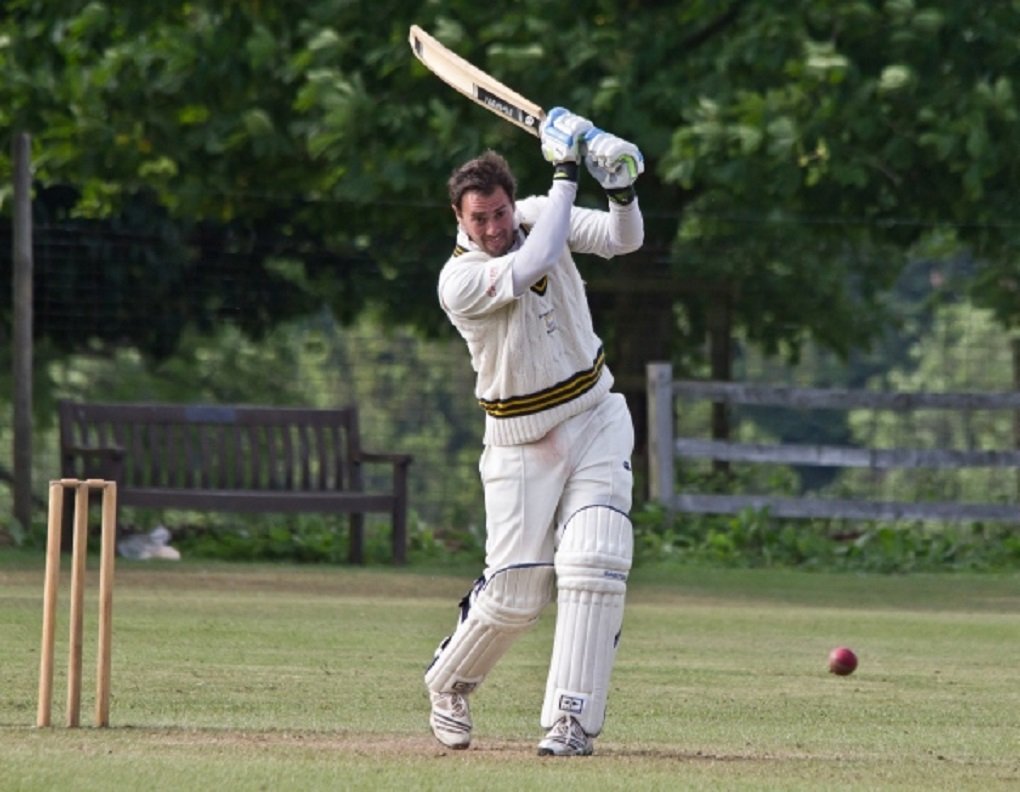 Adrian Holmes’ second superb half-century of the season was not quite enough for Knebworth Park Seconds to chase down a big target at Chipperfield Clarendon this weekend.

Winning the toss and putting the opposition into bat, Park made an early breakthrough when Sam McCrow (1-38) had the opener caught behind in the third over of the day.

From then on  for the Park team, it was a story of missed opportunities. Two dropped catches in the next five overs and some sloppy fielding allowed the opposition to build a base from which to score heavily in the later overs.

A change of bowling brought Jack Orchard into the attack; the young 0ff spinner demonstrated good control and picked up the second wicket of the day in the 24th Over.

This bought Chipperfield’s main batsman to the crease and being a left-hander with a very short boundary on one side, he took the park bowling to pieces making a quick 50.

From there Park picked up regular wickets, with Sean Carmody (3-70) coming into the attack but the runs continued to flow at both ends.

Finally Chipperfield finished on 232-7 off their allotted overs.

After tea, Park set about their target with gusto. Guy Warman, pictured above, was pushed up the order to try and make a dent in the large target.

This certainly happened as he hit eight boundaries in the first seven overs, hitting 41 in an opening partnership of 51 with Holmes (60).

Holmes went on to bat superbly again for the second league game this season, with others batting around him and the Park continued to maintain the run rate.

But the loss of regular wickets and the middle order not building on their scores, meant they were never in a comfortable position.

Batting at six, McCrow (36) came in with 120 needed off 17 overs but he played a poor shot when the Park needed 70 of the last ten overs leaving a lot of work for the lower order to do.

However, a fantastic cameo from Ross Courtney (33) almost got park home but they just came up short, finishing on 218-9.

In the end, it was the old cliché of catches win matches and tight fielding builds pressure.

Park did neither of these and will need to build on this if they are to maintain a presence at the top of the league this year.