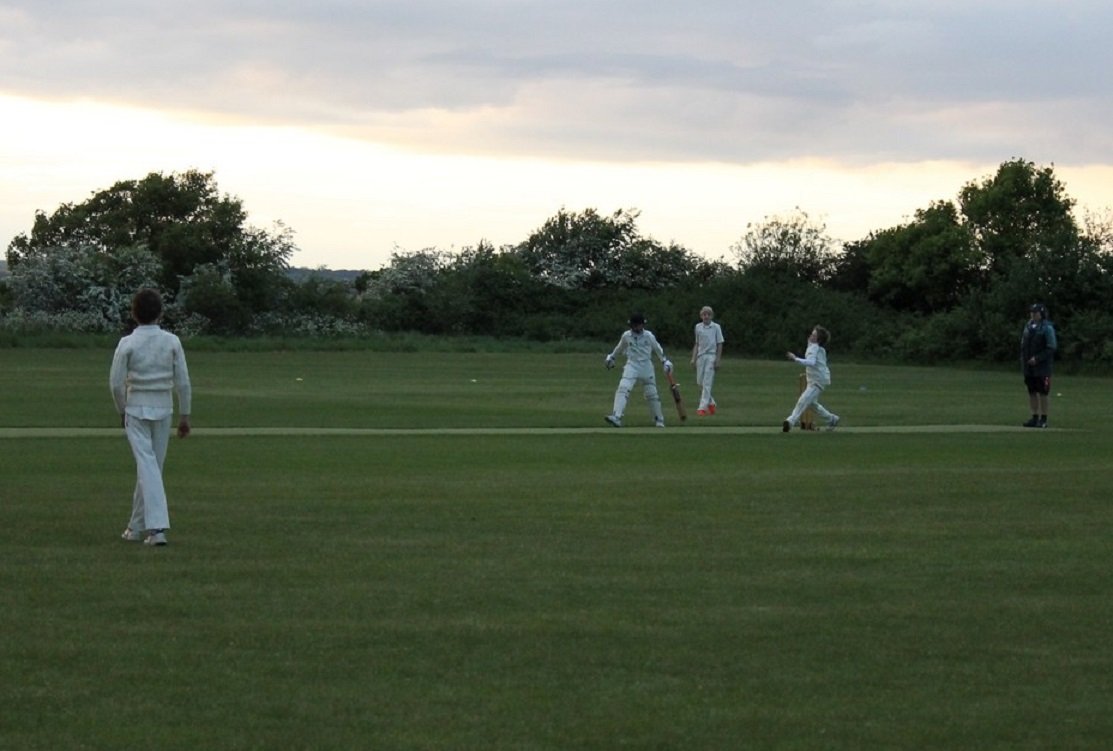 THE winning vibe at the Park seems to spread to our junior teams with the youngsters all getting away to excellent starts in their competitions.

Last night, it was the under-11s, who trounced Welwyn Garden City, bowling them out for 79 after piling up 126-4 in their innings.

Our under-13 squad, pictured in action above, were convincing winners over Hitchin on Tuesday with a pleasing performance at a chilly, gloomy Lucas Lane.

It made it two in two for Richard Roomans’ side, who also claimed the points on Friday, when Ickleford were unable to raise a team.

The under-12s kicked off the season in some style with a comprehensive eight-wicket victory, also against Welwyn Garden City. The latest sapling from the Orchard family, Tom, was the stand-out performer with an unbeaten 28 and three wickets for five runs.

The under-10s were also in action last week, putting in another strong performance for a 26-run victory, again over WGC.

So far, the only downside to the season is the withdrawal of the under-13B and under-11B sides from their leagues as we don’t quite have large enough squads to field two teams at this level and guarantee fulfilling all our fixtures.

There is a junior game most nights at the club in the next few weeks; if you want to show your support why not pop down and cheer them on.