Gibbering with Jarrod and Jenks 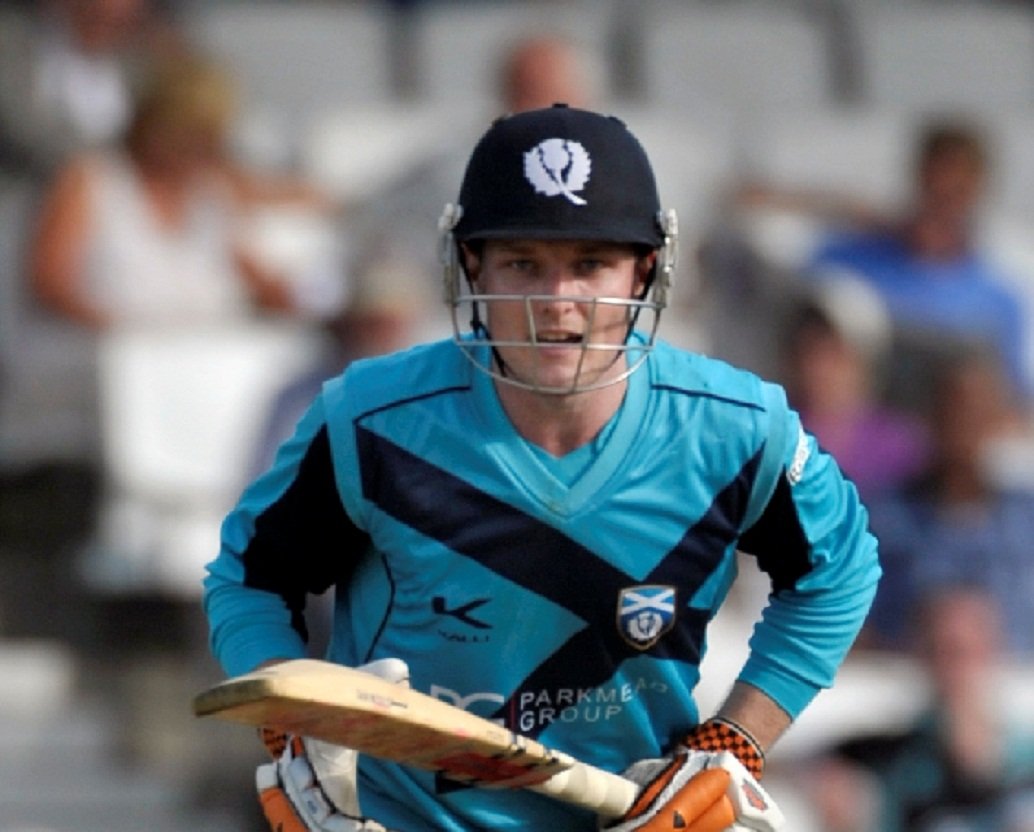 You will know that the club is staging a four-team 14-over a side tournament on Sunday. And you will know that Jarrod Turner, who came over from Australia to do so much for our club from 2003-2009 and on many occasions since, is back for the weekend as well.

What you may not know is that he will not be alone. In fact, JT is putting together a team to play in the 14-14 and, it should not be a surprise to know, a lot of fun and games (and some pretty good cricket) will be in store.

For a start, we have an international batsman and a first-class opening bowler on show. Hamish Gardiner, pictured above, has played three one-dayers for Scotland as well as a first-class showdown with Ireland, while Scott Walter, who is playing a big hand in Welwyn Garden City’s 100 per cent start to the season at the top of the Herts Premier League, has a mightily impressive record bowling fast-medium left arm for Queensland.

Then, we have the other half of the opening attack of one of Brisbane grade cricket’s top teams in a properly quick bowler called Matt Cox (who was very nearly our overseas player a couple of years ago) and that side’s captain, a man whose all-round talents on the field and in nightclubs are truly legendary, Michael Philipson, who graced the Frank Manning Trophy at the Park last year.

And how come are they will be at the Park on Sunday? They play at Jarrod’s club in Brisbane, University of Queensland, which has been a very good friend of Knebworth Park for a long time now.

Jarrod and Nathan Reardon have both played there for years, Tom Tuffley is now their chairman of selectors, Brendan Logue captains their second team and they won a hatful of trophies (as normal) last season. The first team were denied in the grand final by a century from Test batsman Usman Khawaja, which shows the standard they are at.

Charlie Randall spent a happy, if wet, season there in the year of the big floods. Just to give you a clue, a part of the state of Queensland was under water. That part of the state was the size of France and Germany combined!

And I have spent more happy hours at and around the place than I can remember. And one absolutely terrifying one.

It was a boiling hot Brisbane summer day, 30 degrees plus, not a cloud in the sky and I was enjoying watching Reardo playing in a first-grade game alongside Australian Test batsman Martin Love (who made the most elegant and inevitable century) while on the next-door ground Tom Jenkins, who was still a KPCC player then before moving to Radlett, was playing for UQ’s third grade.

The beer was ice cold, I was on holiday and all was right with the world. Until one of Jenks’ team-mates had to leave his game an hour before close.

They decided to search for a 12th man and before I could run away, plead insanity, illness or hopeless inability I was in whites and making my debut in Brisbane grade cricket.

The team had scored a stack of runs and wanted early wickets to set up a win on the second day the following Saturday.

Quite simply, I have never felt so out of my depth in my life. What looked like such a nice, smooth game from 75 yards away became a vicious, snarling beast close up. And that was just the off-spinner.

I think the batsmen and umpires could guess something wasn’t quite kosher as our side consisted of eight ultra-aggressive fielders and a keeper swarming around the bat, a fast bowler hurling rockets and pawing the ground like an enraged bull and a small, round gibbering wreck at mid-on praying the ball would come nowhere near him.

God was plainly in KPCC mode that day, because I escaped unscathed, wickets fell and my holiday had a totally unexpected highlight. The night, as they all tend to be in Brissie, was quite fun as well.

So our guests today are good people from a good place. Let’s give them reason to remember the Park fondly.

The fun starts at noon. See you there.

Chairman’s note: Players are still needed for the T20  on Sunday. Please let Chris Johnson or Eddie Large know if you are available