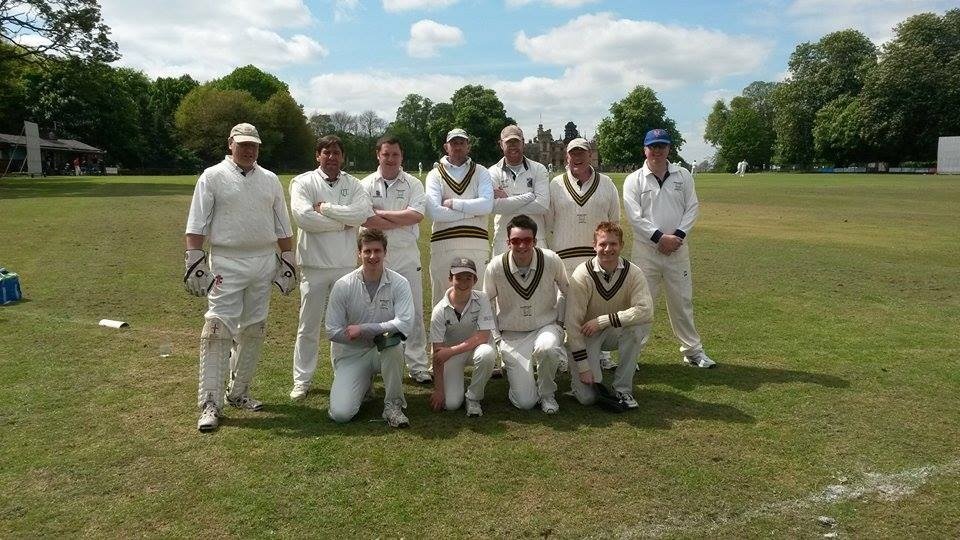 Captain Mark Folwell won a very important toss and had no hesitation in asking North Mymms to bat first on a wicket that offered plenty for anyone who put the ball in the right areas.

Opening bowlers Guy Johnstone (2 for 25) and Robert Crowe (3 for 19) found those areas consistently as the North Mymms batsmen failed to come to terms with the batting conditions.

Wickets fell regularly to leave the reeling at 30 for 5 before North Mymms began the rebuilding process.

This prompted Mark Folwell to turn to his spin bowlers and, after blowing out the cobwebs in his first over, Hayden Bartlett-Tasker (1 for 14) bowled well from the top end of the ground.

But it was youngster Harvey Turner who was the pick of the Park bowlers, finding drift as well as turn and using changes of pace to keep the opposition batsmen guessing.

Knebworth failed to hold onto a number of sharp catching chances and North Mymms capitalised to drag their score over the 100 mark but it was Turner who would have the final say to finish with fine figures of 4 for 40 from his 15.2 overs. North Mymms were all out for 112, a tricky total on what was still not a great pitch for the batsmen.

In reply, David Barwick and Hayden Bartlett-Tasker took advantage of some loose early bowling to push the score along to 29 before Bartlett-Tasker played a rash shot and was out for a rapid 20 in the 7th over.

As the Mymms bowlers began to find their lengths consistently, Barwick and John Inman found it hard to get the ball away but, crucially, they dug in for another 30-run partnership before Inman lobbed up a catch to short midwicket.

At this point, Barwick was joined at the crease by Paul Sheffield and they set about continuing to chip away at the Mymms bowlers, with Sheffield in particular unleashing some perfectly timed cover drives.

When Barwick was finally out for a watchful but very important 29 runs the score had moved on to 89 and it was left to Paul Sheffield to bring the boys home as he finished on 33 not out.

All in all, a solid batting and bowling performance from the lads who will be confident and looking to build on some good early season momentum next weekend.