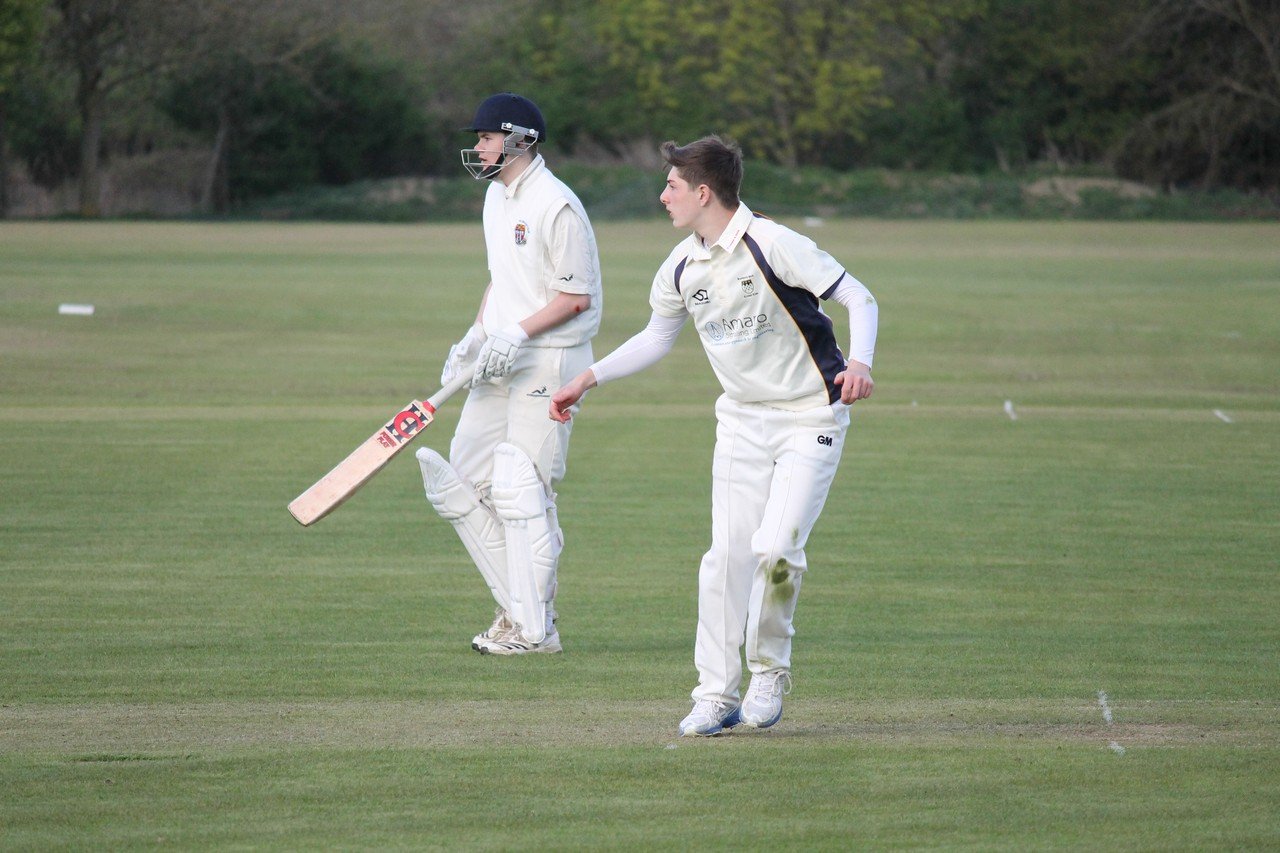 THE Park’s young first team led the way on a bright opening day of the league campaign with an encouraging win against Hoddesdon.

They showed terrific promise for what will be a tough and competitive season in the Championship Division of the restructured Hertfordshire League.

Following a week in which there had been some significant rainfall, the Hoddesdon captain decided to ask Knebworth to bat first on a wicket that promised to offer assistance to the bowlers.

It took a couple of overs for the opening pairing of Richard Leather and Phil Simpson to get the scoreboard moving, although they were aided by some extras as Hoddesdon’s opening bowler strayed down the leg side on a few occasions.

On a slow wicket it was hard to pierce the in-field, with timing the ball proving to be difficult.

It wasn’t until Leather flicked Thorne over the leg side for six that momentum started to build. However, Simpson then fell caught mid-wicket off Thorne for two.

Leather continued to try and play in an assertive manner, with a couple more well-timed strokes over the leg side for four.

However, this was to be his undoing as he fell caught deep at square leg to a good catch, having failed to control a hook shot for 25.

Now 2 wickets down with 40 on the board it was up to returning overseas player Parth Patel and Josh Roseberry to build the foundation from which Park could unleash their powerful lower order batting.

With some measured strokeplay, the pair took Park to 96-2 at the halfway stage.

The drinks break seemed to disrupt the momentum that Knebworth had built up and what followed in the next spell of 12 overs threatened to undo the hard graft.

First, Patel fell caught behind to off-spinner Curtis for a well made 30 before Roseberry was caught trying to clear the infield.

This brought together two new batsmen in Adam Sergeant and Shaun Robinson who had to try and rebuild.

However, Hoddesdon now took the initiative as they felt the balance of the game changing in their favour and more wickets fell as Park’s innings was now in jeopardy of collapsing to a score well below par.

First Sergeant, then James Leather fell before Robinson was caught out by a short ball which he only succeeded in fending off to the keeper who took and easy catch.This left the new captain, Charlie Randall, and young wicket keeper Benji Cowell with the tough task of batting out the innings while also continuing to build a score that would be competitive as the wicket dried out in the warming conditions.

The pair built a very mature partnership minimising risk but punishing any poor deliveries, which included a ‘Dilscoop’ by Cowell when the Hoddedson bowler had overstepped leading to a free-hit.

Together they took the Knebworth innings into the final over, before Randall fell for an excellent 42 and then Cowell for an equally impressive 25 from the final delivery of the innings, by which time the Knebworth score had risen to 207.

Park went into the interval in a positive frame of mind having rebuilt so well and perhaps regained someone the momentum that they had relinquished during the middle of their innings.

However, their resilience was tested as Hoddesdon made a very positive start to their reply, punishing indiscipline shown by Knebworth’s seam bowlers.

Curtis was dropped at second slip in the first over bowled by James Leather with his score only four and he went on to exploit his fortune, punishing some loose bowling early on.

It was not until Shaun Robinson was introduced that Knebworth were able to gain a bit more control and he made a quick breakthrough with an excellent delivery that swung and clipped the top of off stump.

However, Hoddesdon continued to score relatively freely taking the score to 76-1 by the time the fielding restrictions were lifted after 15 overs.

Randall turned to Patel whose slow left arm immediately began to cause some problems. Following another dropped catch, this time by Cowell behind the stumps, things started to click for Knebworth and the game was turned on its head.

Hoddesdon had appeared to be cruising towards the target before three wickets fell in a three-over spell.

The carnage began when Patel had opener Curtis caught at cover. This followed a strange incident where Curtis had appeared to sweep the ball into his own leg, only for it to rebound to first slip. However, without the benefit of a TV replay the umpires couldn’t definitively say whether the ball had bounced or not. This must have disrupted Curtis as he fell for a well made 53 the very next ball.

At this point, the score was 111-2. With their free-scoring batsmen now dismissed Hoddesdon faltered as Robinson then got his second wicket, again caught at cover as he induced a leading edge.

Patel then dismissed the Hoddesdon captain Walters, aided by some sharp fielding by Danny Digweed at point who dived forward to take a difficult chance and secure a very important wicket.

Following Robinson’s excellent spell and with the match beginning to swing towards Park, off-spinner Luke Chapman was introduced into the attack, and immediately continued the good work by bowling Stafford in his first over.

At the other end Patel continued to bowl with menace and built considerable pressure while Chapman chipped away bowling two more of the Hoddesdon batsmen.

At the end of Patel’s ten-over spell, which had yielded three wickets, Randall returned and picked up the ninth wicket, caught at mid-off, which left it to Chapman to complete the job. Hoddesdon’s No.11 lobbed a simple catch to mid-off and the victory was secured. Hoddesdon were all out for 154 and Chapman returned impressive figures of 4-12.

It was a fairly convincing win, given that, at one stage, it had looked as if Hoddesdon were well on top. They had surrendered nine wickets for just 43 runs.

With a victory margin of 53 runs, Park were particularly indebted to Randall and Cowell whose excellent ninth-wicket stand of 77 had ensured Park had not capitulated to a below-par total.