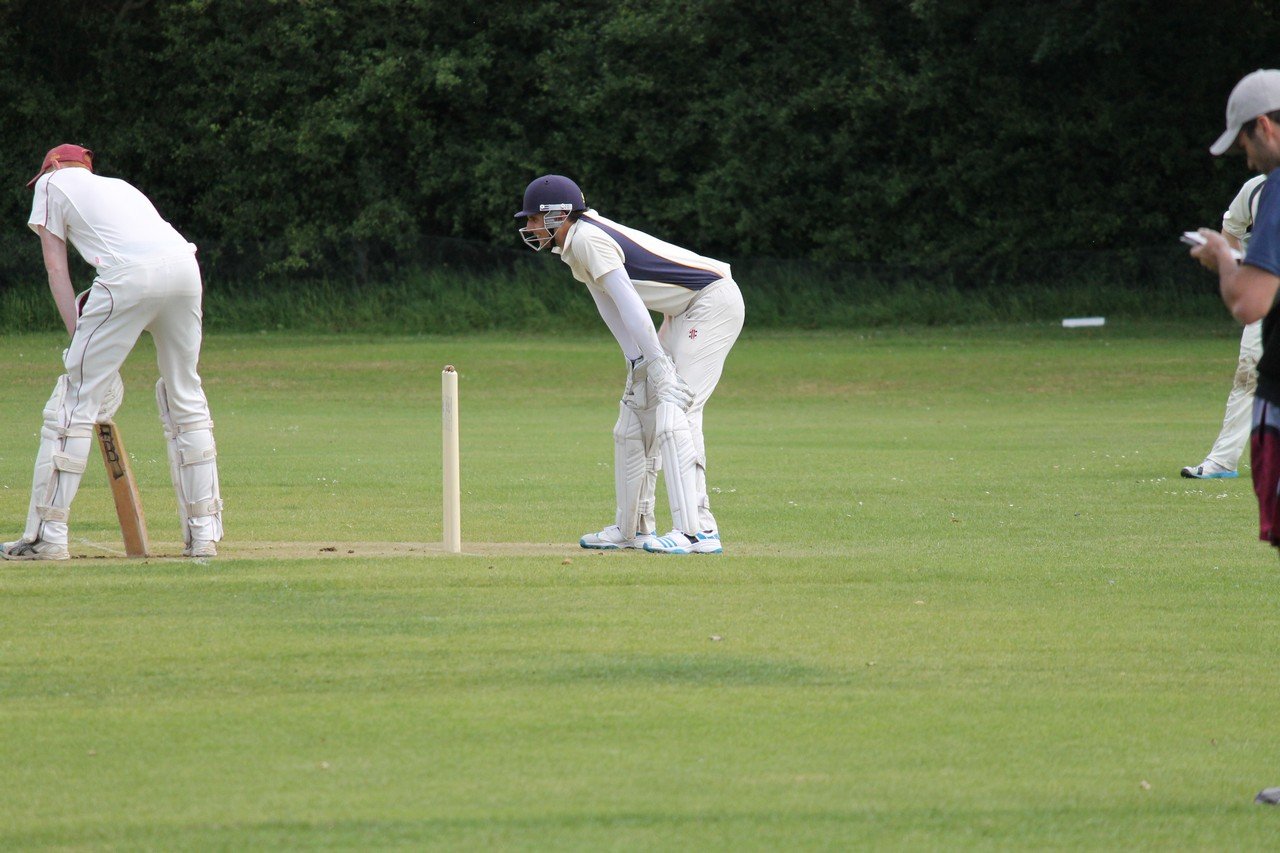 First XI captain Charlie Randall offers his thoughts on the defeat at Hertford but finds his spirits lifted by. Sunday’s T14 success

It was another tough week for the Firsts this week, with yet another rain-affected game at league leaders Hertford.

All in all, I honestly think we were second-best on the day. Small margins can decide games and, unfortunately, we didn’t quite perform well enough to make it a closer contest.

There were some great signs from the batters again this week, most importantly an outstanding maiden century from opening batsman Richard Leather, who has worked on his game over the winter and looks in fine form.

Every week we are setting up decent platforms to launch an onslaught for the last ten to 15 overs but I felt our total was a little short on what was a flat wicket and possibly we did not make the most out of a short boundary and a one-dimensional bowling attack.

One downfall was allowing too many dot balls with not enough rotation of the strike. We finished 40-50 runs short, in part because we lost the last four overs of our innings.

After waiting around between innings because of a downpour, we finally got out with a revised total. We took a new approach to the start of innings with left arm offie Parth Patel and the ever-improving James Leather opening the bowling.

Both bowled well and were unfortunate not to pick up a couple of early wickets which, on reflection, would have pushed the D/L much higher and put us in a better position to close the game out.

Spin was the key to the day and there were some hard challenges for our young spin attack to deal with but this was a good learning curve which will give them a taste of bowling in a pressure situation.

We weren’t quite good enough on the day. The Hertford batsmen played well up front to set the game up for the rain to come and wash away any hope of us getting back on, condemning us to defeat by the  Duckworth-Lewis method.

With an undefeated home record, we look forward to Saturday’s game against Chorleywood, seeking to get 30 points.

However, as most other games were called off, we go into the week as a club needing valuable practice. Everyone needs to make sure they attend training to give themselves as much chance as possible to win games of cricket for their side next week.

On a much more upbeat note, we got a chance to relax on Sunday. It was a great day at the club, seeing many old faces returning for a 14-14 comp in the sun.

The beer was flowing, the sun was out, there was music and a great group of people really did show what our club is about. I even got a rare chance to keep wicket, see the picture above!

It was such an enjoyable day which summed this great club up. Days like that are the reason we all play at KPCC.

Let’s look forward to the week, a great turnout and hard work is needed for training on Tuesday and Thursday, so we can head into Saturday as well prepared as we can be!