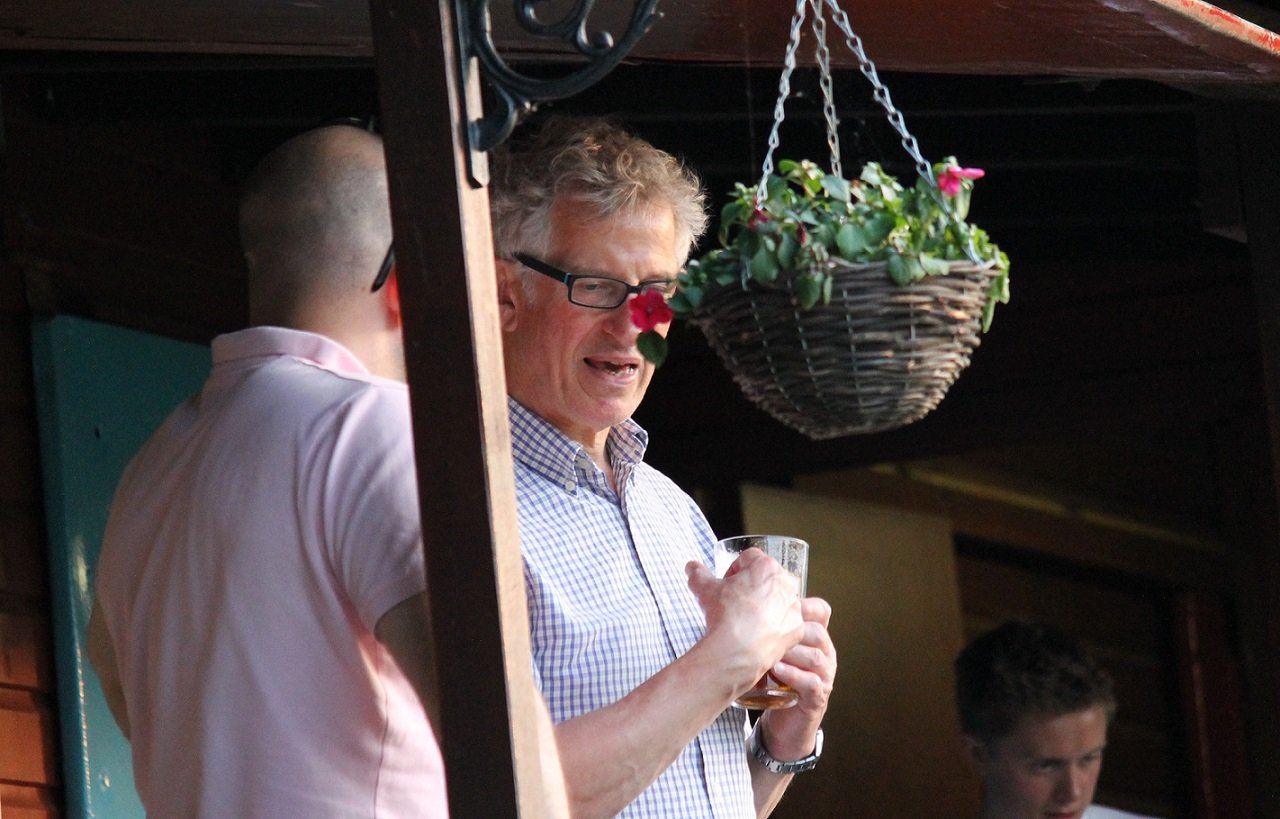 The Fifths lost out to Potton IIs on a warm and sunny day at Aston.

A much-changed side won the toss and put the opposition in and, while wickets fell fairly regularly, the runs also kept accumulating until by the end of 47 overs the score had reached 173-9.

With more luck the score would have been around the 120 mark but potential catches either fell just short of fielders or flew just out of reach.

The response started inauspiciously with the loss of two quick wickets, and never really recovered as Knebworth were bowled out for 89 in the 32nd over; chairman Chris Johnson, pictured above modestly playing down his performance later in the clubhouse, the pick of the batsmen with 31.

The next match is the local derby against Stevenage, so here’s hoping that the Fifths get their first win of the season then.