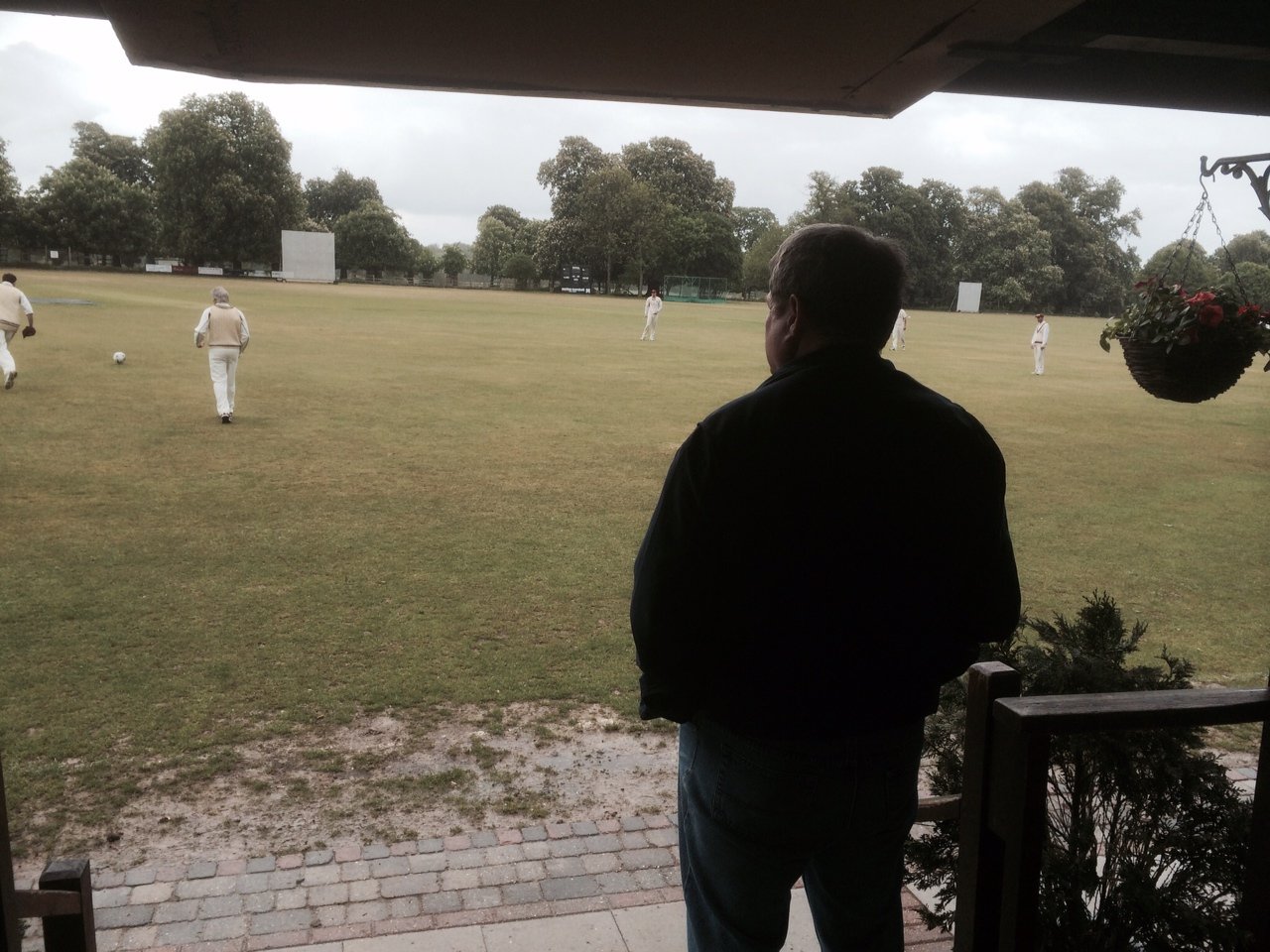 It was not the most promising start to a Sunday. Grey, cold, gloomy and unpleasant. And the weather wasn’t that flash either.

The combined efforts of a Saturday washout, see above, and the captain’s 22nd birthday had a predictable effect and the day did not look good at first peek from under the duvet.

As my own 22nd birthday happened at a time before Margaret Thatcher came to power, when the England cricket team read Brearley, Boycott, Randall, Gooch, Gower, Botham, Miller, Edmonds, Taylor, Willis, Hendrick, when Trevor Francis had yet to become the country’s first million-pound footballer and Ford still made the Cortina it may not have been the most sensible plan to join the young pups. But what can I say? It seemed a good idea at the time.

The original notion was to head over to Radlett to watch Hertfordshire in the Minor Counties (or Unicorns as it is now mysteriously called), but the weather scuppered that. So it was the sofa and the most predictable last day of the Premier League since last season.

Or not. A startling burst of energy ended with a hobbling and tottering entrance to the Park to see if there were any signs of life. In me or the club.

I was greeted by the rifle-shot sound of a hearty smack of willow on leather and looked to the heavens in anticipation of seeing a soaring six, so sweet sounded the strike. Nothing. Nada. I eventually located the ball trickling to mid-off.

Aah. Parth is batting with a block of concrete in his hands that has the effect of making him sound like Kevin Pietersen in full flow but with the end result being an under-eight’s forward defensive.

Into the pavilion and Nick ‘club hero of the week’ English is holding court about his epic Saturday night in London. As it involves being chased down the street by an angry restaurant owner it might be best not to pursue it further.

On the field, Parth and Richard Leather are enjoying a gentle graze against the amiable bowling of our old and regular friends, Stage CC, and all seems right with the world. So much so that a gentle stroll round the ground with Ross and a pint seems the thing to do.

It isn’t. I am not sure where between the pavilion and and the end of the patio we crossed into Siberia, but by the time we complete a circumnavigation of which Shackleton would have approved, hypothermia is looming.

Another English tale is one cure. Another is watching through the window as young Archie Stephens decides he is going to show the theatre land people of Stage what entertainment means. Glory be, he realises that the stick he is holding in his hands is designed to hit the ball and that there are no fielders in the sky.

It helps that the frozen fielders drop three skiers, but the six he pings off his toes over midwicket and his delighted, arms-raised celebration are a wonderful ray of sunshine on a miserable day.

English has failed to persuade anyone to do his batting for him and has to take that famous lime-green helmet out to the middle. It is short and horrible as he misses the slowest, non-spinning straight thing the world has even seen.  His “Sorry, skip. He was just too good for me,” to Eddie is creative reporting on an epic scale.

There is still time for an argument over who is going to keep wicket (lots of offers as it the warmest job) before Eddie leads his boys out and to victory.

And it leaves this thought. If you can get some fun out of even the coldest, most miserable Sunday, think what we can do when the sun shines.