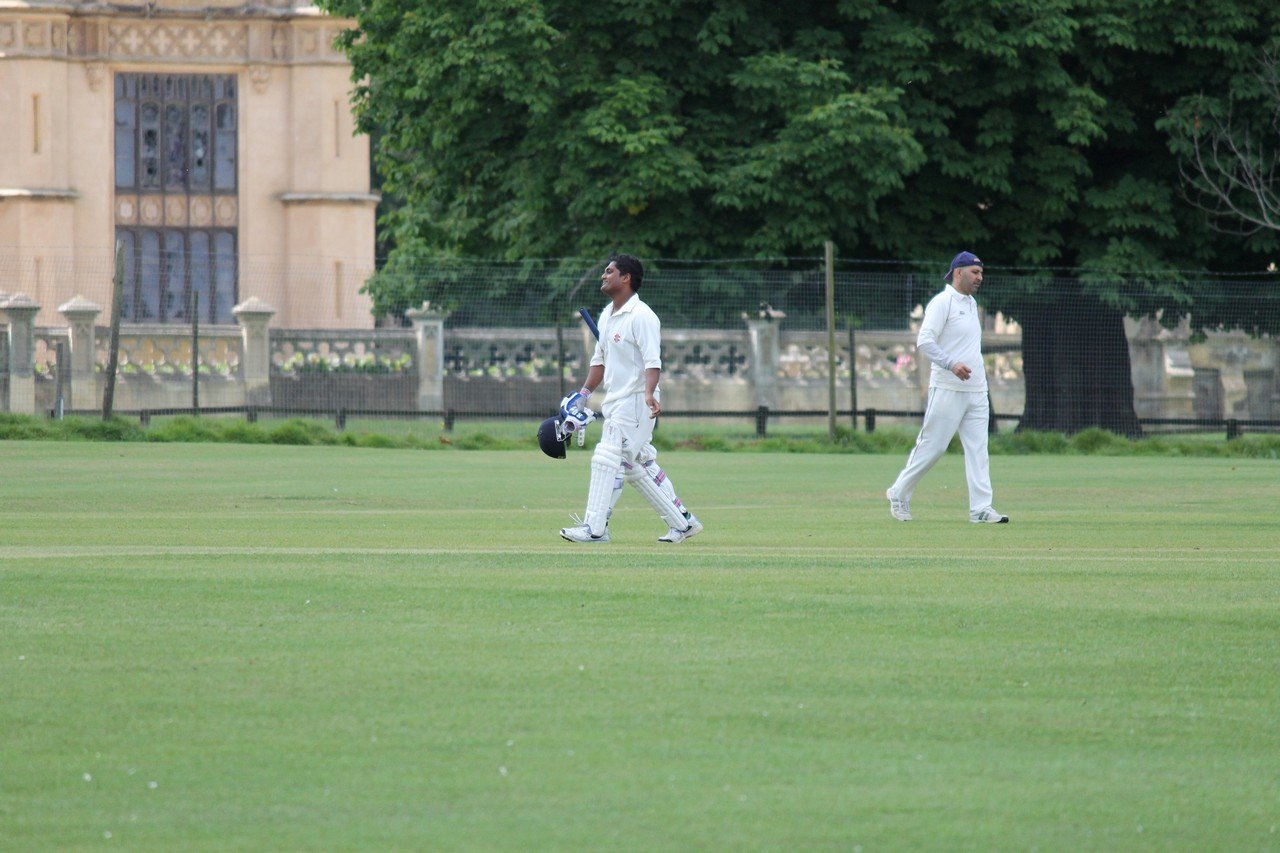 What a marvellous day on Sunday!

The sun was a major factor so all the players – and more – that said they would play turned up, enabling us to have a four-team competition after Redbourn dropped out earlier in the week.

Arranging the event was a combination of planning and accident. Deep in the winter two opponents were lined up and then it seemed it would be the date for the Nick Simpson memorial match and then there was the possibility of a T20 Cup game. As Jarrod Turner was in town it was agreed to go ahead with a T14 day.

The format was innings of 14 eight-ball overs a side, seven from one end and then the other seven from the other with teams playing a round-robin, everyone playing each other once.

Bit by bit players put forward their names; Shaun Robinson and Bobby Orlandi sorted out the music, Paul Sheffield, with support from Nick English, set up the BBQ.

At the start of the day there was chaos. Would we have enough for three teams as we had to provide enough players to complete Jarrod’s team? Or would we have four teams?

An impromptu selection panel of myself, Jack Thorn and Ross Courtney sorted out the teams and we had enough for four sides. Fanatastic!

Soon, play was in progress.

The weather warmed up, the pitches dried and numerous cricket balls were lost in adjoining fields. The barbie began to do a flourishing business and Mark ‘Slogger’ Folwell was working hard all day behind the bar.

What an effort it was by Mark in running the bar and Sheff on the barbie. It was amazing that Neil Pitts, who had been coaching in the morning with the under-10s, kept umpiring all day.

It was wonderful to see so many families and old friends of the club pitch up. A lovely touch was that four generations of the family of Jarrod’s wife, Di, watched for much of the day. The Aussie contingent also helped to enliven the day as boundaries flowed – and so did the drinks.

With things beginning to slip behind schedule, it was a question whether to have the third round of matches. Parth Patel, pictured above, had decided his day was over and got changed. That seemed to spur others to make sure all the final matches went ahead!

Reduced to ten overs aside instead of 14, the last matches saw the Aussies beat our visitors North2 from North London and Ross’s team overcame Parth’s side (yes, he did get changed back into cricket whites) in the all-KP affair.

The bar continued to stay busy afterwards where Bobby Crowe put in some valuable support for Slogger behind the bar.

It was such a happy and enjoyable day and a wonderful success for the club. Congratulations to everyone who took part and thanks to the volunteers who made it happen and everyone who supported us.

There is a gallery of images here