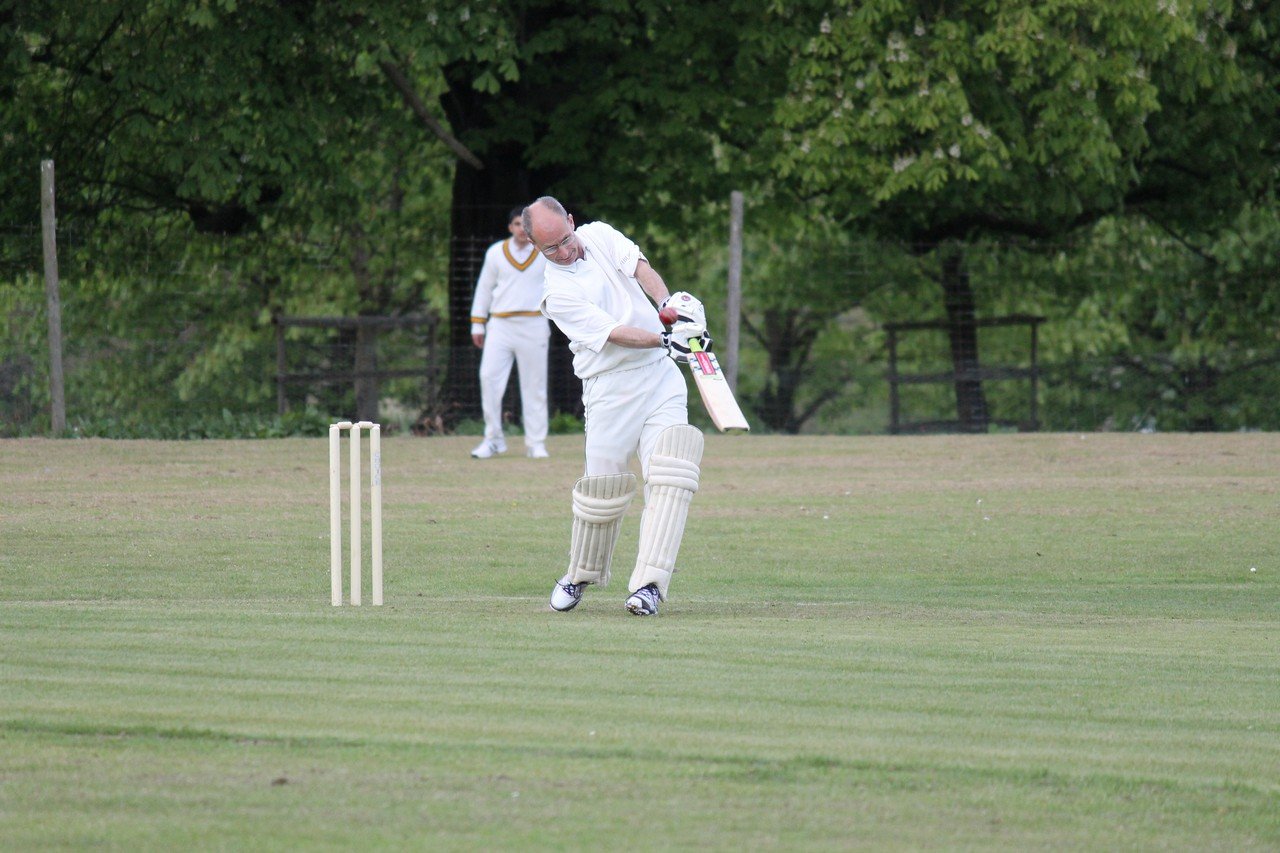 It was a mixed day for the Thirds as they bowled and fielded well before a batting collapse saw them slip to a one-run defeat against Watford at the Park.

On the attack: Paul Sheffield eyes up another big hit

Castled: Joe Elliott plays back to a ball that hurries on and is clean bowled

In the blockhole: Harvey Turner digs out a yorker

Dejected: Graham Fisher doesn;t look too pleased as his side crumbles against a modest bowling attack

Unlucky: Robert Morley middles it as he pulls a short-pitched ball but was spectacularly caught at square leg for a duck

No ordinary Joe: Joe Elliott holds the pose after a solid back foot defensive shot

Concentration: Graham Fisher standing in as umpire against Watford IIIs

Green day: Nick English, still wearing the most lurid helmet at the club, turns the ball into the leg side

Eyes on the ball: Jonathan Cirkel was in his usual attacking frame of mind opening the innings for the Thirds

Swing and a miss: Jonathan Cirkel takes aim but misses this time during his innings of 20

Sailing away: Jonathan Cirkel clouts another one away during his all-action stay at the crease

Over the top: Jonathan Cirkel sends one back over the bowler’s head as he top scores for the Thirds

Cleaned up: Nick English departs early as he is bowled playing around a full straight one